Space Invaders is a great looking widebody pinball, with space monster theme. It sure looks like having borrowed some images from Alien movies.

Taru had to search for this game for over a year, but now one was found (thanks Stefan!) and she has it home. The old Bally games are often very worn at the playfield, also this one but not very badly, and it is not a big problem for someone who knows how to fix them. 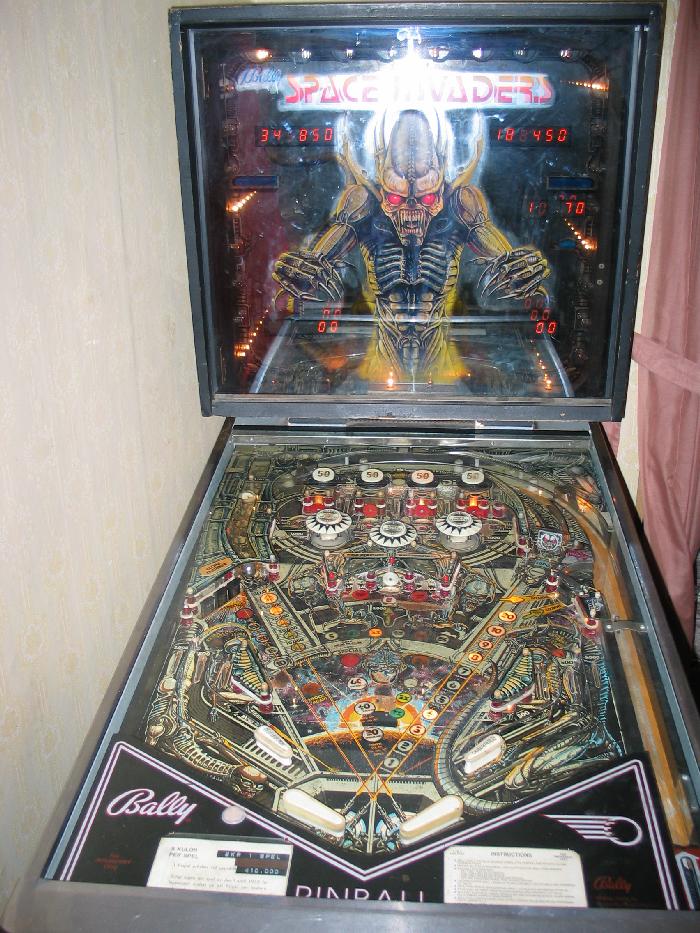 Some work is needed, but it will be fine. 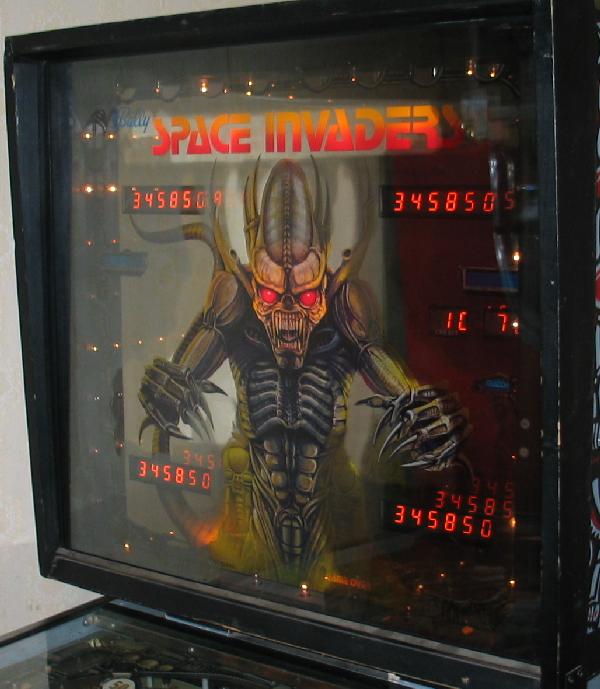 Backglass has a great 3D look, with two glasses and lamps between. 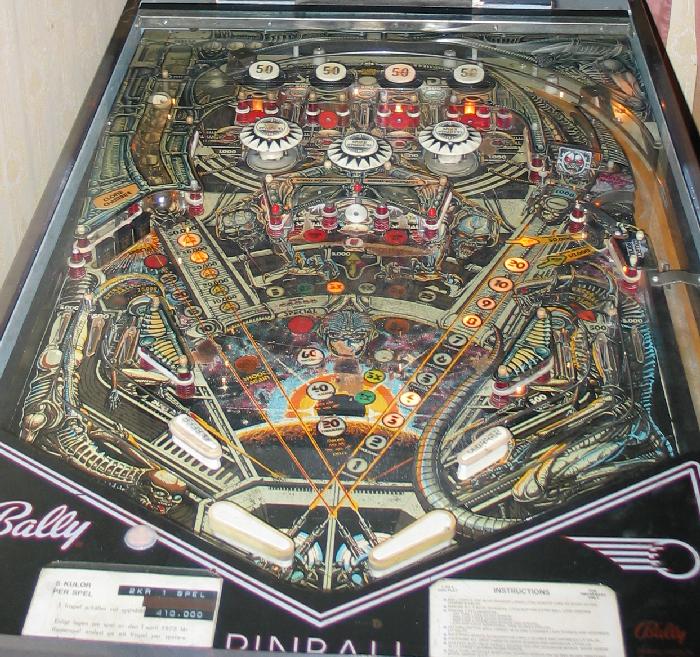 Playfield has some wear but is definitely worth fixing. 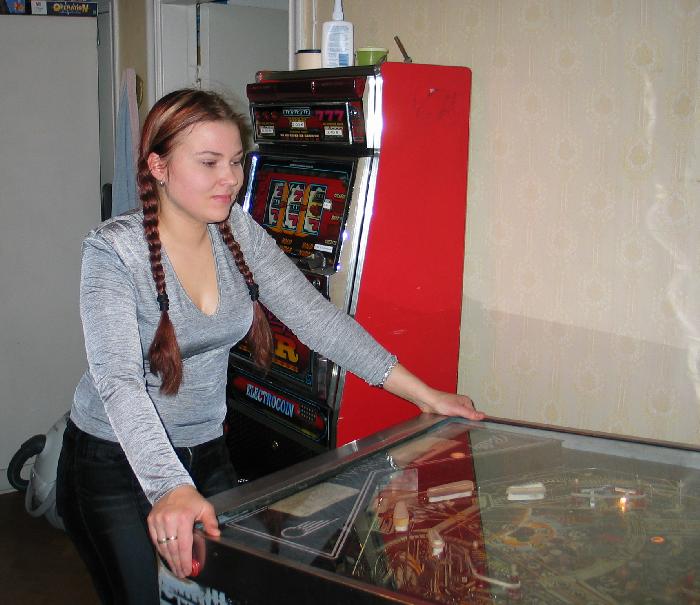 Before doing anything, some test playing is needed.

Get into playing mood while listening this nice Space Invaders tune.

Then starts the major restoration work. Taru removes all parts from playfield, cleans them and replaces broken parts with new or fixes them. All rubbers and lamps must be replaced. Fixing the playfield paint is such a job that not many is able to do it nicely. But Taru is a professional and can handle these things. Even if it takes a while, since she is often busy, but the results surely are nice to look at. 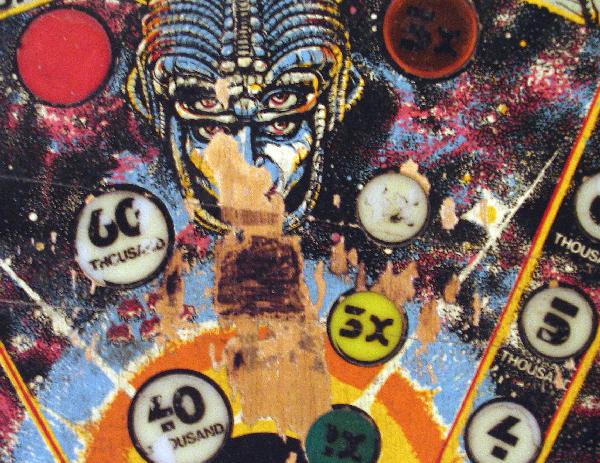 Wood shows thru the Alien face in mid playfield. 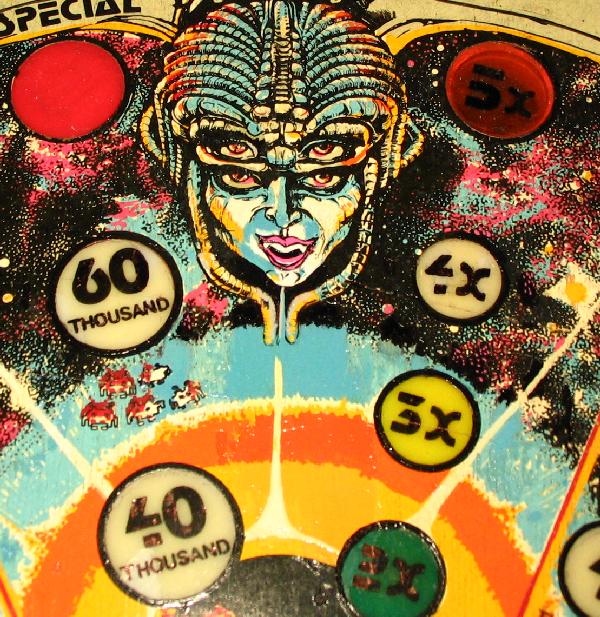 But the facial surgery was a big success.

Also the lamp inserts were worn. Now they look like new. Some previous owner had put a Mylar onto dirty playfield, and when that was starting to lift from the edges, he had cut it, leaving nasty scratch marks onto playfield. Of course they had to be fixed also.

This fellow has some head damage. 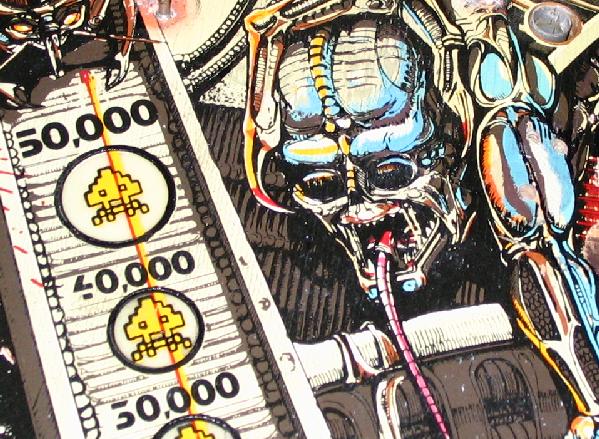 Playfield has lots of areas that need fixing, but Taru already has done the worst parts. Now it must be coated with lacquer and sanded, and it should last for another 26 years. If it wears, Taru will fix it again.

Finally, the Space Invaders playfield is getting ready. Taru had an unbeliaveble difficult job, but she has managed it fine. 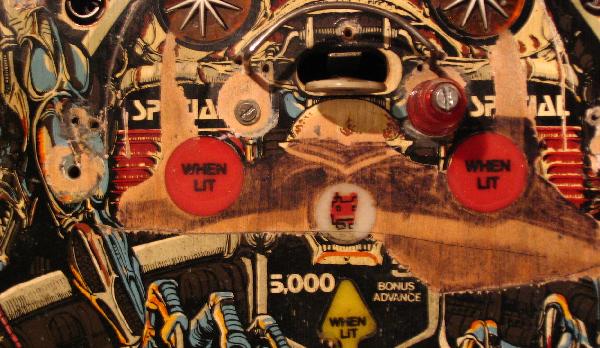 Upper playfield is now like it has never been played.

While before painting, bare wood was showing in many places near the bumpers.

Space Invader has very many colors in its playfield, and of course this age game has its graphics drawn by hand and not with a computer. The figures are not symmetric, which makes them difficult to repair. Taru hopes that her next playfield restoration will be easier :) and so it probably will be because there are not many playfields graphically as complex as Space Invaders.

Taru reassembled the playfield, and it sure looks great now!

Good enough for even a flyer photo. Really super! 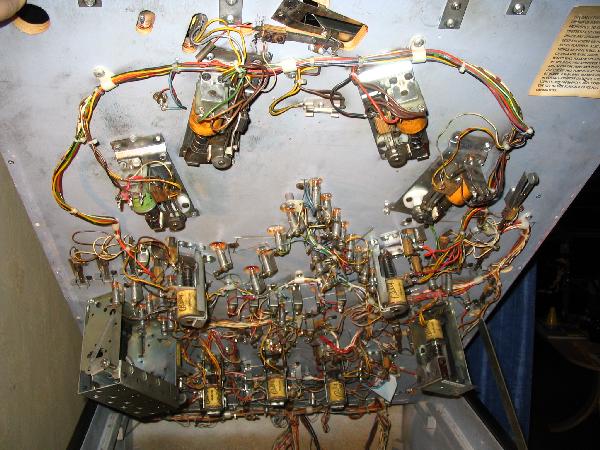 Playfield underside is clean and all parts are there.

Neat from the inside. The cable harness has been untied for some reason.

Every pinball collector would love to have this.

Now also the cabinet has been restored. The machine is now ready and complete! And it sure looks great! 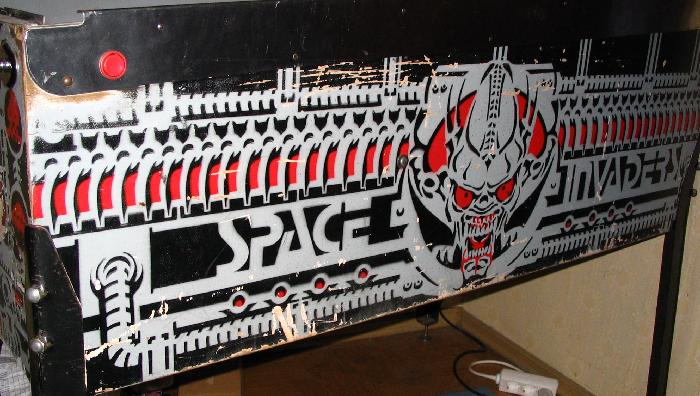 But not so much anymore :) 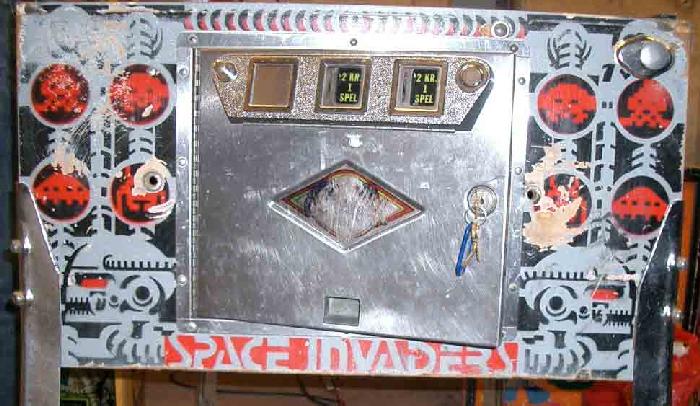 The front looked a bit sad... 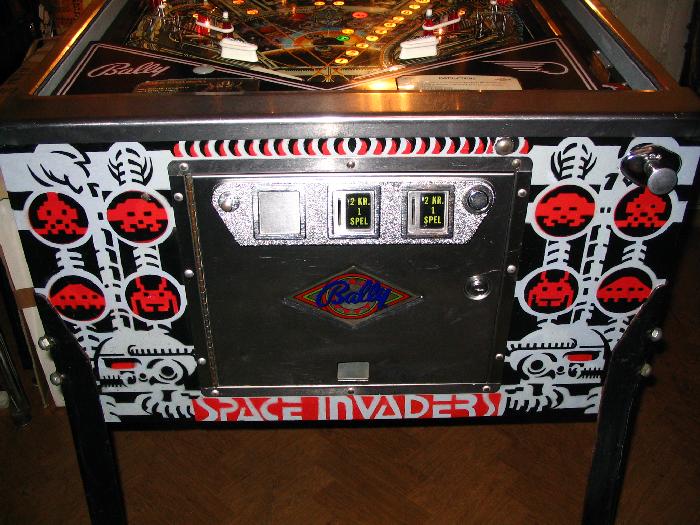 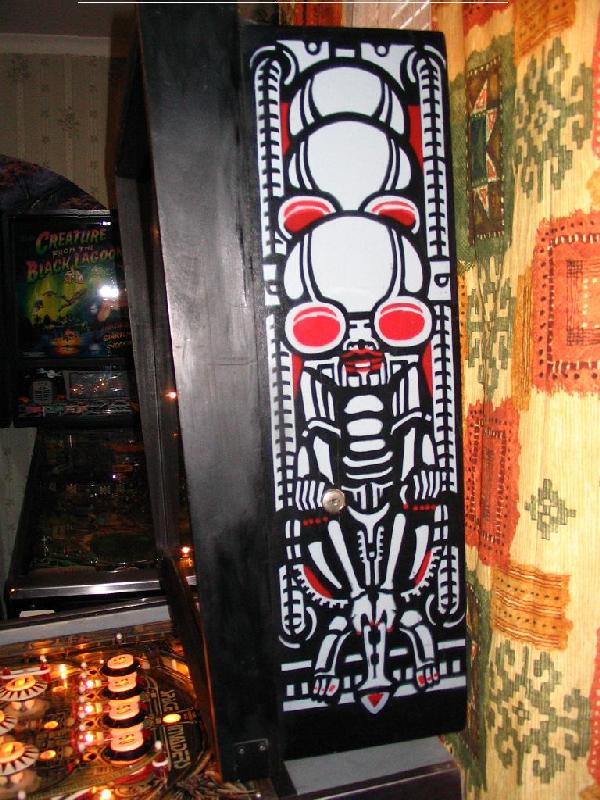 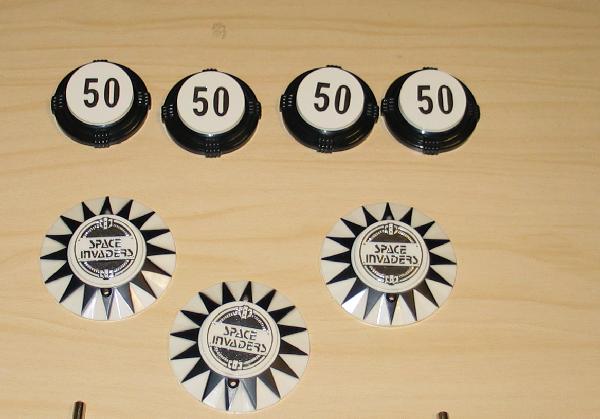 Taru found a set of new bumper caps, the old ones were slightly burnt.